HARTFORD – State Representative Irene Haines (R-34) testified before the Environment Committee on Friday, March 6th to advocate for, HB 5339 “An Act Prohibiting the Release of Helium Balloons into the Atmosphere.”

Rep. Haines also noted in her testimony that these balloons can cause costly damage to powerlines potentially starting fires, can cause damage to Jet Skis and boats, and have also damaged public water systems.

During the public hearing testimony, Rep. Haines was joined by local girl scout Mathilda Burke who shadowed the Representative for the day and researched laws that other states have in place. Florida and Virginia ban intentionally releasing helium balloons and legislation is under consideration in neighboring states. 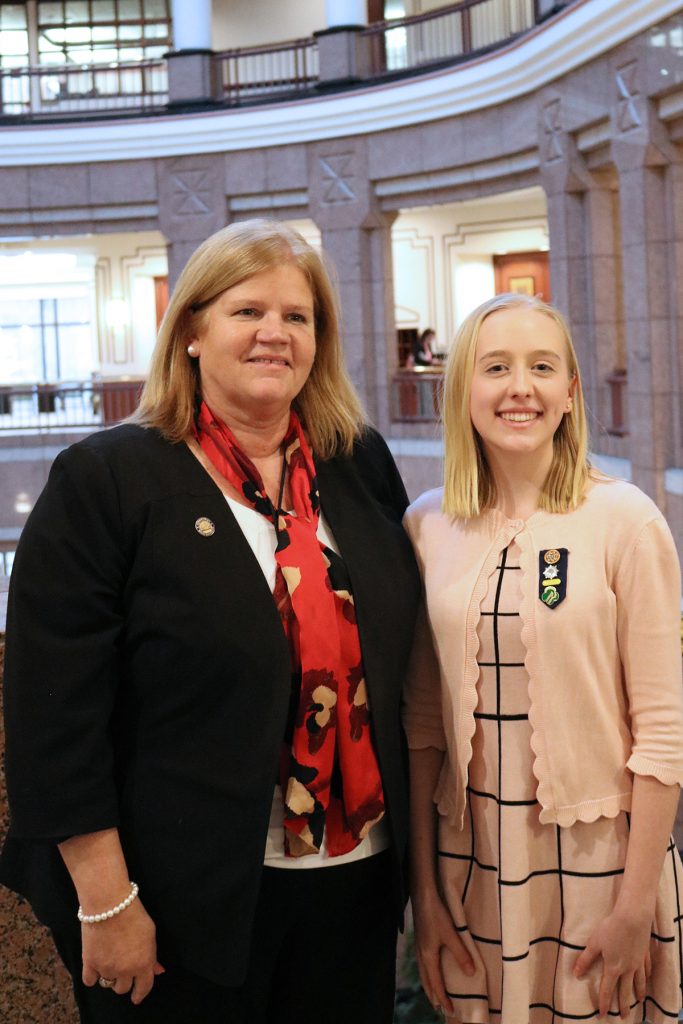 In written testimony Bill Lucey from Save the Sound noted, “The Terry Backer II Soundkeeper patrol vessel is out on Long Island Sound over 60 days each year. There has never been a day where no balloons are sighted floating offshore. There is always at least one and the numbers can range up to a dozen during the warmer festival months.”

Clinton resident Michael Corcoran noted in his written testimony, “I worked as Captain for the town of Clinton Police Marine Patrol division. I spend many, many hours on Long Island Sound during spring summer and fall. Last year alone I collected hundreds of helium balloons floating aimlessly on Connecticut water. The law presently in place regarding the release of balloons is not working.”

The legislation also received supporting testimony from a wide range of environmental advocacy groups including, the Connecticut River Conservancy, the Sierra Club, the Connecticut Land Conservation Council, and many concerned citizens.

Last year a similar bill introduced by Rep. Haines was passed by the House of Representatives by a vote of 123-12 however, it was not taken up by the Senate before the end of the legislative session.

For more information or to track the legislation visit www.cga.ct.gov. The General Assembly is currently convened in the “short session” which began on February 5th and will conclude on May 6th.